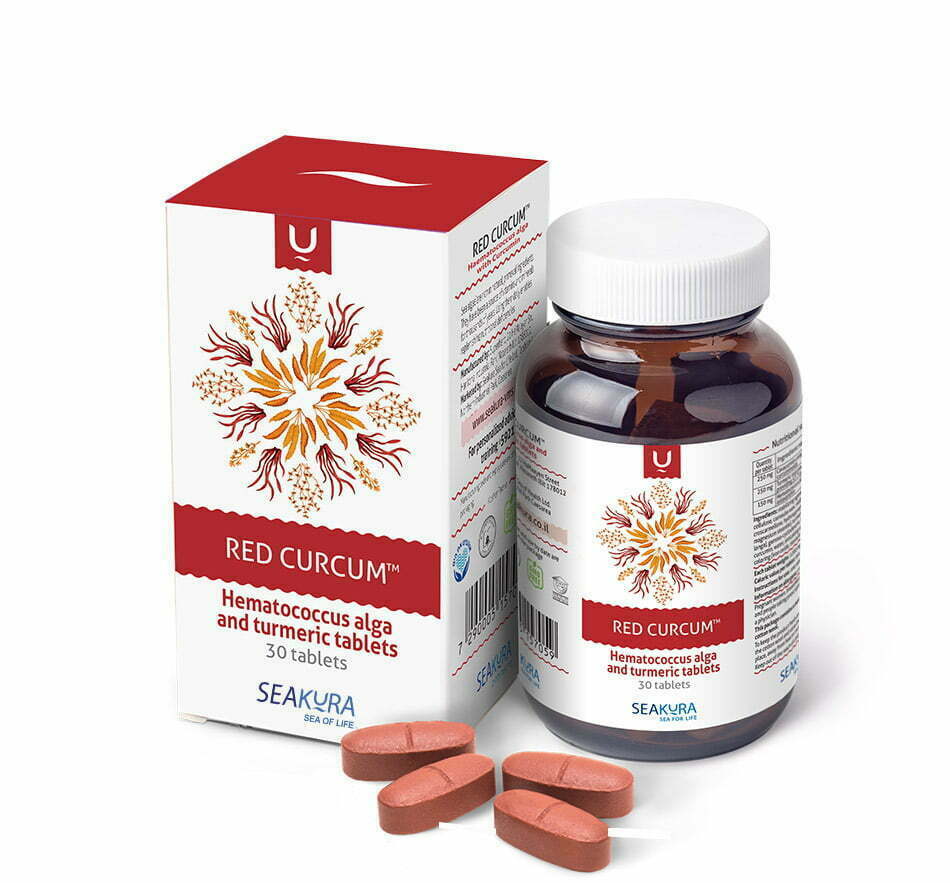 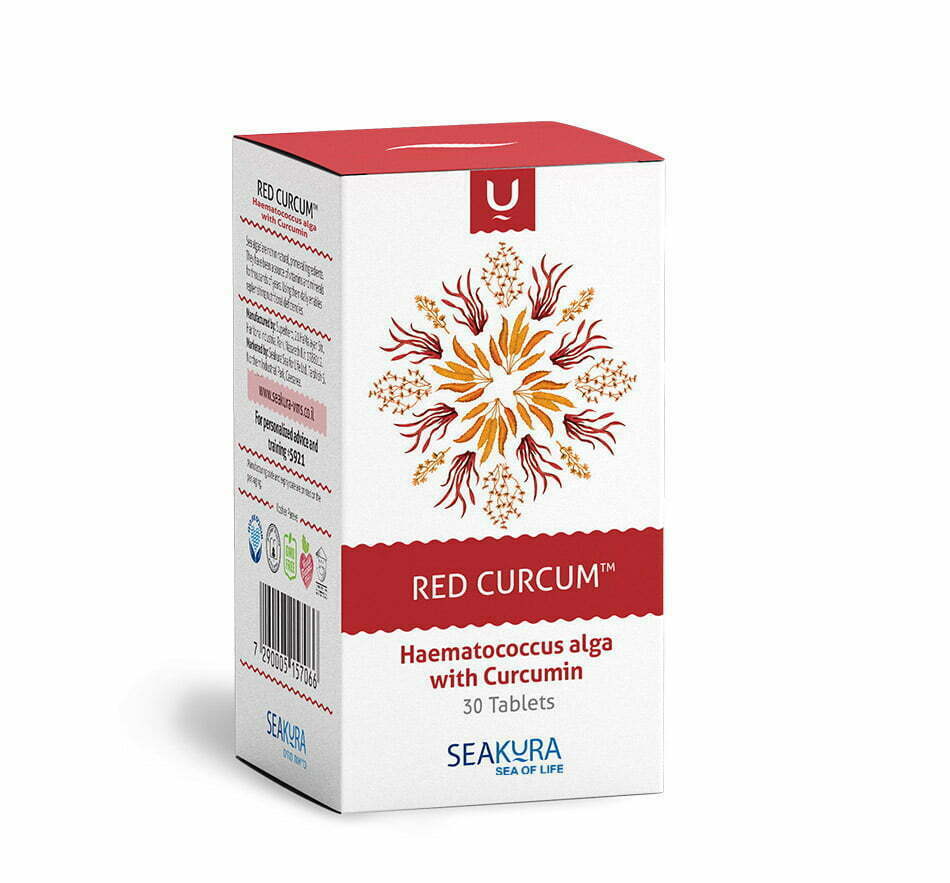 Seakura’s “Red Curcum” tablets are a potent blend of the curcumin root and haematococcus alga (Astaxanthin) – two natural ingredients known in research as powerful antioxidants and anti-inflammatories. A precise  combination of curcumin and Astaxanthin offers a combination in which the whole is greater than the sum of its parts!

To all our products in Hebrew

Thousands of clinical trials have been carried out around the world, examining the effect of curcum on the human body and in particular the effect of its active material- the curcumin which forms 2.5-5% of the ground curcum root powder.

Despite the strength of the common extract of curcumin, studies have shown that the absorption rate of curcumin is low for a number of reasons:  the fact that it is a non-soluble molecule and thus is not easily absorbed, exposure during the production process which destroys the molecule and  the breakdown of the active material in the liver.

Only a small percentage of the curcumin’s active ingredient is absorbed into the blood through the intestine, while the remainder is quickly expelled from the body.

Because of curcumin’s beneficial effect on the body along with the fact it is considered a powerful material containing anti-inflammatory ingredients, the research world sought to increase the body’s absorption level of curcumin.

We selected the “Red Curcum” to combine with curcumin which has high bioavailability and excellent absorption thanks to a blend of Curcumin and the natural ingredient plant oligosaccharide (cavamax), which gives the curcuma’s active material a patented sheath which also increases absorption.

A natural pigment from the carotenoid family – a group of antioxidants which five plants their strong colour and aid in absorption of UV rays, protecting the plant from oxidation. The Astaxanthin is produced by haematococcus alga (micro alga) and allows it to protect itself from long periods of exposure to the sun, or as a response to stressful situations. It is considered one of the strongest antioxidants in nature (500 times stronger than vitamin E and 200 times more than beta carotene). The unique property of astaxanthin lies in its solubility in both water and oil, and thus its high percentage of absorption in the body. It is capable of entering the cells, the blood system and even to pass the blood-brain barrier (BBB), which makes it able to act on a number of systems in the body.

Research on Astaxanthin carried out in Israel and world-wide link regular consumption with an improvement in a range of systems in the body, including the cardiovascular system, improvement in cognitive function and even in facial skin.

Do you have a question?

do not hesitate. The company's nutritionist will be happy to answer your questions regarding our products.

Our products can be found in nature stores throughout the country