Chat
Home Seakura / About / Our story
Home  / Our Products 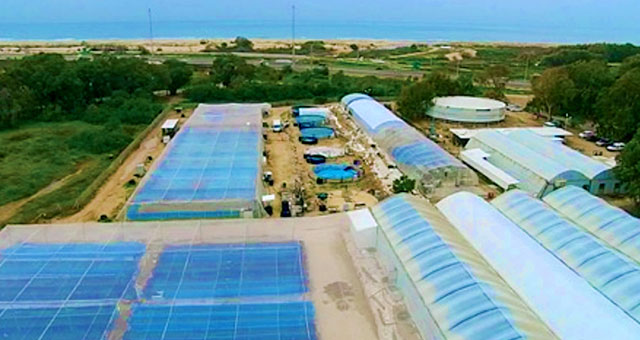 THE EXPERTS AT SEAKURA HAVE DEVELOPED TECHNOLOGY WHICH MIMICS THE MARINE ENVIRONMENT, ALLOWING US TO GROW SEAWEED ON LAND.

For years now, Israel has been at the forefront of the agricultural field. Many though are unaware that Israel is equally innovative in the area of marine agriculture. Marine agriculture is relatively new in comparison with ancient, land-based agriculture, as for hundreds of years people have relied upon food from the sea, without having to raise or grow it themselves. In the past, seaweed was taken from the sea, and those who consumed it as a food were cultures who lived by the sea and found their sustenance in it. Today, however, given the looming threat of a lack of food due to population explosion on the one hand, and the massive damage done to the marine environment on the other, scientists have realized that one way to address some of these future challenges is to develop technology for ecological marine agriculture.

Sustainable agriculture is one method of maintaining a balance between the demand for food supplies for the world’s ever-increasing population, and protecting nature while minimizing environmental damage. Marine agriculture, like the land-based version, is in the process of taking giant steps, through the understanding that there is a limited quantity of food in the oceans, and that massive, unlimited consumption of food from the sea is liable to lead to serious damage to the marine environment. Seakura are pioneers in the field of sustainable marine agriculture in Israel, and have developed advanced technologies which allow land-based seaweed to be grown while protecting the marine environment.

The Seakura farm is not located in the sea, but rather along the coastline stretching between Haifa and Tel Aviv, and contains seawater pools which mimic the marine environment. Clear seawater is pumped from the depths of the sea and filtered using leading technology, carefully developed by experts in the field, at which point it flows into the seaweed growing pools. The seaweed is grown in rich seawater and is divided into age groups; the “ Baby House”, the “Children’s House” and the “Adults”. The unique pools imitate the conditions in the sea- the containers are open to the sun and condensers in the water create wave-like movements. The seaweed is organically grown, within this ecological growing environment, with other sea creatures which grow alongside. The seaweed’s growth is monitored according to recognized international standards and the oversight allows us to grow organic seaweed in an agricultural setting.

SUSTAINABILITY AND PROTECTING THE ENVIRONMENT

Seakura set environmental protection at the top of their priority list. Seawater is pumped into large pools and upon completion of growing, is returned to the sea. The pools are located along the beach, thus helping to avoid damage to the marine environment. The seaweed is grown in organic pools of rich seawater, thus preserving nutritional content. The farm allows Israelis to purchase and consume fresh seaweed from a local producer; in other words, to save environmental effects caused by transportation while supporting the local economy.